Elon Musk has become a combination of Donald Trump and John McAfee, recklessly abusing his influence on social media to manipulate the cryptocurrency markets.

On June 3 2021, Musk used Twitter to imply that he (and/or Tesla) would sell (or had already sold) Bitcoin.

After the crypto markets immediately crashed, Musk added a further tweet, making fun of people upset by the crash he caused.

Dogecoin – a cryptocurrency heavily promoted by Musk himself – has also fallen by over 10% in terms of its price and market cap, causing financial harm to Musk’s own followers.

Musk’s tweets make it clear that he is manipulating the crypto markets for his own amusement, treating an almost $2tn market like a toddler’s sandpit.

Given Elon Musk’s long and well-established history of erratic and irresponsible social media use, and his willingness to cause financial harm to millions of people, including his own followers, his Twitter account should be immediately and permanently suspended.

Left unchecked, events like the above will simply continue, to be repeated over and over again whenever Musk feels like it.

When one of the world’s richest people is in a silly mood or hits the bong too hard, millions of people across the world should not be forced to suffer the consequences.

Furthermore, the impact of such actions on crypto users in developing countries must be factored in, and make Elon Musk’s Twitter ban a moral imperative. For more information, read this article: https://bitcoinmagazine.com/culture/check-your-financial-privilege 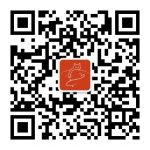